In a Few Words:

Traditions: I love to find links between food cultures.

Conviviality: Food is for sharing, for communication and dialogue; it is also a form of love which implies ‘I take you under my wing’.

Regions: Are full of forgotten recipes.

Seasons: I love it when they dictate the menu.

Pulses: A trilogy with volumes on Lentils, Chickpeas and Beans.

Local: Whenever possible I choose ingredients that are produced close to where I cook.

Creative: Always experimenting with flavours and playing with recipes.

Relaxing: I unwind when I prepare a meal.

Cosmopolitan: I am nosy about all foods and have learned from every country I visited.

In a Few More Words:

Born in Lebanon, I am also at home in London and Greece and lived for years in Boston and New York. I travel, cook, take photos, talk and write about food.

I am passionate about the history, culture, and aesthetics of food; and its binding effect on people especially in the Mediterranean which is my comfort zone.  I was trained at art school in film and photography and my real cooking school was hanging around my family’s kitchens as a child, picking skills and smells. Over the years, I joined many workshops and enrolled in the Cordon Bleu in Lima, Peru, to explore the country’s fascinating trend which brings together ancient and modern practices, and explores ingredients from the Land.

I worked as an editor in the British film industry for over 10 years and as an event organizer in the fashion world. Meanwhile I continued to take photos and did an MA in film studies. That’s probably why the aesthetics of food are so important to me.

In 2007, with my cooking partner and friend Maria Rosario Lazzati, we founded The Libaliano Kitchen, a cooking workshop and blog. Our conversations and combined passions about Mediterranean food produced three books between 2012 and 2015: ‘Lentils’, ‘Chickpeas’ and ‘Beans and Friends’ later combined as a box set.

Today, along with new book projects, I continue to develop my own recipes and run cooking classes and demonstrations which went online during lockdown. My focus shifted to food and life in the Levant, in a troubled and changing world. 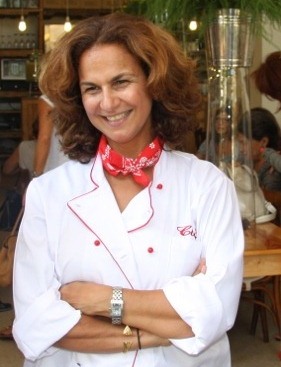